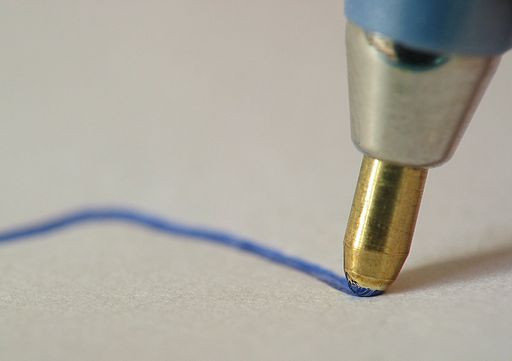 "The Hetch Hetchy Valley used to be such a beautiful place. You could listen to the birds singing and watch the river meandering through the valley.

One day, I decided to spend the night outside, to be close to nature. When I woke up at night, I heard a branch crack and I was suddenly alert. The formerly peaceful atmosphere had been destroyed. I didn’t move. I was listening intently, but all I could hear were a few bats crying in the dark night sky.

Suddenly I heard another twig crackle. I was terrified. I felt the sweat slowly running down my back. I couldn’t bear it any longer. I opened my tent quickly and heard myself shout: “Go away!”

But when I had a look around, I could only see a fragile tree shaking in the wind …

I thought it couldn’t have been anything dangerous. But then I heard it again – it was a crack – and I was absolutely sure I hadn’t imagined it. So, I quickly put on some clothes, took a headlight and went outside to take a look. I switched on my headlight and started walking. Then I heard it again – another crack – and suddenly I saw something in the dark. On impulse I started running and chasing it, but it quickly disappeared into the darkness and I found myself left behind, panting and exhausted. I tried to compose myself and breathe more steadily again when something else attracted my attention. First, I thought it was the outline of a house, but when I came closer, I realized that it was only a derelict wall. Despite that, I decided to take a look around. To my surprise I found stairs leading down to something like a basement. The stairs were rotten, but luckily the planks could stand my weight, so I could go down. Downstairs I realized that what I had actually found was an old bunker. The place looked spooky. There were still some pieces of furniture and something resembling a uniform. It gave me the creeps. And suddenly I heard a sound. Highly alert now, I listened carefully and didn’t move. There it was again – something like a cry or a howl and I was sure that it must have belonged to a rather big animal. The sound definitely came from behind a corner. I wanted to find out what it was, but I wanted to be prepared for a run too – just in case. Sweat beads formed on my forehead and I tried to move as silently as possible. I took a look around the corner and discovered a dog. I was confused and relieved at the same time. The creature was obviously in pain as one of its legs was severely wounded. I reacted immediately. I carefully lifted the dog and carried it back to my tent to call a vet. […]

Benno has been staying with me since that day. He has recovered very well and is a faithful companion."